The Supreme Court of Appeals of Virginia added an additional exception to the American Rule in its April 1, 2021 decision in Bolton v. McKinney.  Bolton and McKinney were former business partners.  After a falling out and several lawsuits by McKinney, Bolton and McKinney entered into a Settlement Agreement and Global Mutual Release of Claims.  That Agreement contained a covenant by McKinney not to sue Bolton.

Undeterred by his covenant, McKinney sued Bolton twice more in state court and once more in federal court.  All three suits were resolved in favor of Bolton.  Bolton then sued McKinney seeking to recover the attorney’s fees he had incurred in fending off McKinney’s suits.

The trial court agreed that McKinney had breached his covenant not to sue.  However, because the Settlement Agreement did not contain any provision regarding recovery of attorney’s fees, the trial court held that the American Rule prevented Bolton from recovering attorney’s fees from McKinney.  Bolton appealed to the Virginia Supreme Court.

The Virginia Supreme Court recognized that “Virginia follows the American rule on attorney’s fees, under which ‘[g]enerally, absent a specific contractual or statutory provision to the contrary, attorney’s fees are not recoverable by a prevailing litigant from the losing litigant.’”  It also noted that, “Generally, attorney’s fees are not recoverable as damages.”  However, it also recognized that “The remedy for breach of contract ‘is intended to put the injured party in the same position in which it would have been had the contract been performed.’”  “A breach of a covenant not to sue,” the Supreme Court said, “creates a unique situation in which the damages stemming from the breach may be the attorney’s fees incurred by the party protected by the covenant.”

The Virginia Supreme Court found the latter reasoning more persuasive.  The Court said that “Allowing damages in this circumstance compensates the injured party for its loss and puts it back in the same position in which it would have been had the other party adhered to its promise.”  The Court emphasized that:

In so holding, we do not overrule the general rule in Virginia law that attorney’s fees are not recoverable as damages.  We recognize only that the plaintiff’s damages for a breach of a covenant not to sue may be the amount of attorney’s fees incurred by the plaintiff in defending actions that breached the agreement. 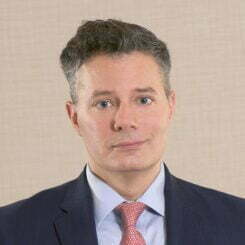