On Friday, June 5, the President signed into law the Paycheck Protection Program Flexibility Act (the “Act”).  Originally enacted as part of the Coronavirus Aid, Relief, and Economic Security Act (the “CARES Act”) on March 27, 2020, the Paycheck Protection Program (“PPP”) provides loans to small businesses for payroll and certain other costs for up to 8 weeks. To the extent certain requirements are met, the Small Business Administration (the “SBA”) will forgive qualifying PPP loans. Under the original CARES Act, any amounts that were not forgiven were subject to a one-percent interest rate and must be repaid within 2 years. That term has been extended to 5 years for loans entered into on or after Friday, June 5. The Act confirms that lenders and borrowers are permitted to revise the terms of outstanding loans to provide for the 5-year maturity date.

Perhaps the most notable provision in the Act extends the period covered by PPP loans from 8 weeks to 24 weeks, provided the latest a covered period can expire is December 31, 2020. This clearly impacts the potential amount of qualifying loans very heavily. The 24-week period also applies to the rules for rehiring employees and/or hiring new employees, giving borrowers more time to restore their pre-pandemic employment levels as much as possible, and minimize or eliminate the reduction in forgiveness amount.  (The deadline for hiring/rehiring was originally June 30, 2020.)

Under the CARES Act, a borrower’s forgiveness amount is reduced proportionately for any reduction in employees from the borrower’s base period (either February 15, 2019 through June 30, 2019 or January 1, 2020 through February 29, 2020, at the election of the borrower), compared to the covered period.

Under the Act, borrowers also may seek relief if they have not been able to hire qualified employees or restore business operations to pre-pandemic levels (as of February 15, 2020) because of operating restrictions from COVID-19. Borrowers seeking to take advantage of this provision should document the restrictions they encountered and the efforts they took to maintain operations in light of such restrictions.

Borrowers and their advisors should monitor future guidance from the SBA and Treasury on how the Act will affect the application and forgiveness process. It would be helpful for any significant guidance to be issued in the near term because a significant percentage of  borrowers soon will reach the end of their original 8-week covered periods. Borrowers also should continue diligent record-keeping and documentation efforts.

One of the more challenging requirements for borrowers has been ensuring that at least 75 percent of the forgiveness request amount is used on payroll costs, such as salary, wages, and certain employee benefits. The Act reduces the minimum percentage for payroll costs to 60 percent. In other words, permissible non-payroll costs such as mortgage interest, rent, and utilities may represent up to 40 percent of the costs incurred during a borrower’s covered period and still be forgiven.  Non-payroll costs in excess of the 40-percent maximum will not be forgiven.

Although both chambers of Congress and the President have approved the Act, there is concern among some members over an apparent drafting error. The original provision allows up to 25 percent of the forgiven amount to be non-payroll costs. To the extent non-payroll costs exceed that 25-percent limit, such excess costs will not be forgiven, but the remaining requested amount will be forgiven. However, the language in the Act likely would technically disallow all forgiveness if the new 40-percent maximum for non-payroll costs were to be exceeded.

It is probably fair to reason that Congress did not want to go through the process of correcting the provision and voting in both chambers again. There is a chance that the SBA and Treasury can issue guidance to reinforce that exceeding the 40-percent maximum should not disqualify all of the loan proceeds from forgiveness, but it is possible that such a result will require a correction by Congress. Given this uncertainty, it is important for borrowers to continue to document payroll costs, non-payroll costs and costs that could possibly be interpreted as either.

Update: In a joint statement on Monday, June 8, the SBA and Treasury confirmed that borrowers that exceed the 40-percent maximum for non-payroll costs may still be eligible for partial forgiveness (assuming all other requirements are met).

Another apparent technical error references the total loan amount instead of the requested forgiveness amount when setting forth this 40-percent rule. Current SBA and Treasury guidance provide that the maximum percentage (originally 25 percent) represented by non-payroll costs refers to the percentage of the amount for which a borrower requests forgiveness. The new statutory language refers to the total loan amount, which presumably will be greater than (or at least equal to) the amount for which a borrower requests forgiveness. It is possible that SBA and/or Treasury guidance would be sufficient to clarify this point as well.

Under the original CARES Act, borrowers who had their PPP loans forgiven were not permitted to take advantage of another CARES Act provision allowing borrowers to defer their payroll tax liability.  The Act provides that a single borrower now may take advantage of both benefits. This is retroactive to the date of enactment of the CARES Act, so borrowers who have chosen one benefit to the exclusion of the other should revisit their treatment of the relevant amounts and gather the appropriate documentation.

Under the original CARES Act, a borrower was permitted to defer its payments of principal and interest for 6 months after receiving the loan. The Act provides that a borrower may defer such payments until the lender receives the forgiven amount from SBA. Given the timing of the loan forgiveness application process, this may actually result in a shorter deferral period.  If a borrower does not apply for loan forgiveness within 10 months after the end of the covered period, the deferral period will end on that date.

The Act provides significant relief in multiple areas. It is not clear when lenders and borrowers should expect additional guidance and/or legislation to clarify certain provisions of the Act and address many procedural and logistical issues. In the meantime, it is critical for borrowers to continue their diligent documentation efforts and to gather new documentation related to new provisions under the Act. RMG will monitor these developments closely, and we encourage you to contact us to discuss how the Act and related developments may impact you. 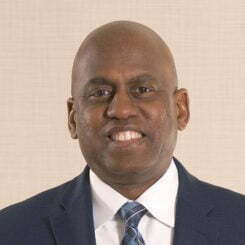 By Lorenzo A. Bivans, Jr.