As the coronavirus (COVID-19) continues to sweep through the United States, many real estate owners and developers are wondering what impact this pandemic may have on current and future transactions. Specifically, many are asking what effect the pandemic will have on the federally required deadlines for “1031 like-kind exchanges.” Section 1031 of the Internal Revenue Code permits taxpayers to defer recognizing gain on certain real property provided that the “real property is exchanged solely for real property of like-kind which is to be held for productive use in a trade or business or for investment.” Although taxpayers must adhere to many other details to defer the gain on such exchanges, the overall structure of such deals typically has the following steps: (i) taxpayers sell real property with the proceeds being placed directly into an escrow account held by a qualified intermediary, and (ii) the proceeds of the initial sale are used to purchase a replacement property of like kind. Taxpayers must identify the replacement property within 45 days of the initial sale and close on the replacement property no later than 180 days from the initial sale. With some taxpayers wary about purchasing properties until more clarity is gleaned about the overall market, many are curious if the extraordinary circumstances created by the coronavirus outbreak permit extensions to these deadlines.

The Internal Revenue Service (“IRS”) provides insight into this question in its Revenue Procedure 2018-58 (the “Revenue Procedure”). The Revenue Procedure allows extensions to such 1031 deadlines in cases of federally declared disasters, but only if the IRS releases an IRS News Release or other guideline authorizing the Revenue Procedure to go into effect. So far, no such publication has been released*, but it is possible that will change if the outbreak continues and markets become more unstable. So, for now the 1031 deadlines are still in effect, but real estate investors may want to pay close attention to IRS news releases to see if that changes.

In the event the IRS releases a publication effecting the Revenue Procedure, taxpayers may anticipate the following extensions to go into effect. If the end of a 45 or 180 deadline period falls on or after a date a federal disaster has been declared, the deadline can be extended until the later of: (i) 120 days and (ii) the last day of the general disaster extension period as indicated by the IRS News Release or other guidance which announced tax relief for victims of that particular federally declared disaster. However, it is important for taxpayers to recognize that the above extensions can be cut short; they may never extend beyond: (x) the taxpayer’s tax return due date, including any extension, for the year in which the transfer took place or (y) one year.

To qualify for the above extensions during federally declared disasters, sellers of real property also must meet one of the following criteria:

If the federal government declares a disaster and the Revenue Procedure goes into effect, the entire United States will likely be within the federally declared disaster area, and some of the other reasons above may also be applicable. Therefore, many involved in 1031 like-kind transactions may find some relief from the normally tighter deadlines imposed on them during such transactions.

The entire Rosenberg Martin Greenberg, LLP team is committed to staying on top of this situation as it unfolds and is available to discuss this topic and others at greater length. Feel free to reach out to Ari Storch at 410-727-8664 or astorch@rosenbergmartin.com if you would like to discuss this matter in greater detail. 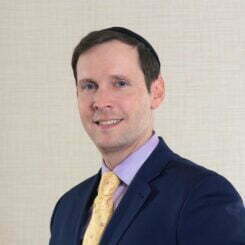