Similar to other bills which were introduced and ultimately rejected by the Maryland General Assembly in 2018 and 2019, Bill 68-19 prioritizes forest as the most important factor in considering buildable density.  In its current draft, the bill would dramatically increase on-site forest preservation, replanting requirements and fee-in-lieu options.  The bill would also change the definition of “priority forest retention areas” and require a finding of unreasonable hardship before an administrative variance to clear certain forested areas could be approved. Other highlights include:

Several development industry groups, including NAIOP and MBIA, have been working with the County Council to educate them on the impacts of the bill.  The County Council will hold a public hearing on October 7, 2019, where it will accept public testimony on the bill. Rosenberg Martin Greenberg Land Use and Zoning attorney Adam Baker is actively participating in that process.

If there are particular sites which you own or are seeking to develop in Anne Arundel County, contact Adam Baker for more details on Bill 68-19 and its potential impact; 410-727-6600 or by email abaker@rosenbergmartin.com. 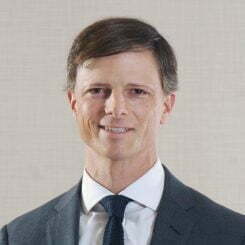