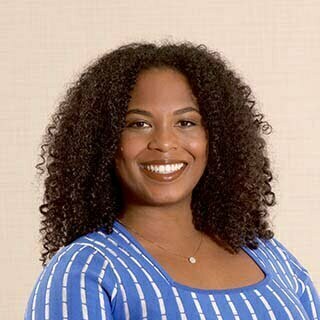 Drew E. Tildon joined the firm’s land use and real estate departments in August 2021. In her practice, Drew represents developers and commercial and industrial property owners in matters relating to the varying aspects of land use and zoning. She advises clients on all elements of the entitlement and permitting processes, including use restrictions, off-street parking requirements, stormwater management, historic preservation, traffic mitigation, green building requirements, inclusionary housing obligations, and liquor licensing matters, among others. Prior to joining Rosenberg Martin Greenberg, Drew worked as a law clerk in the land use and zoning practice group for two years.

Drew earned her law degree in 2021 from the University of Maryland Carey School of Law, where she worked in the Youth, Education, and Justice Clinic representing students in the school disciplinary process. Her clinic work served as an opportunity to hone her administrative law and legislative advocacy skills, both of which play a key role in her representation of clients in land use and zoning matters. Drew graduated from Northwestern University in 2015, where she received a Bachelor of Arts degree in Theatre and Political Science as well as the Music Theatre Certificate.

Before law school, Drew was a musical theater performer, best known for belting out Disney classics while exploring the world aboard the Disney Wonder Cruise Ship. Although Drew hung up her dancing shoes and microphone after transitioning to the legal field, she’s been known to come out of retirement for the occasional karaoke night. Drew continues to channel her love for the performing arts into her position as a member of the Board of Directors of the Everyman Theater.