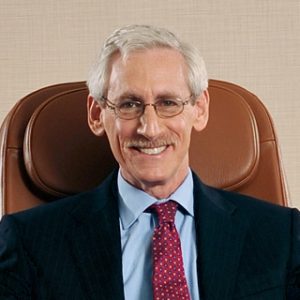 Andrew Baida is experienced in all aspects of civil litigation, with an emphasis on appellate litigation involving commercial, administrative, and criminal law, medical malpractice, and state and local government matters. He has handled a broad range of cases that have resulted in more than 180 appellate opinions, and served as counsel of record for the State of Maryland in an original action filed in the United States Supreme Court challenging Maryland’s right to regulate the Potomac River. Prior to joining the firm, Andy held the position of Solicitor General in the Maryland Attorney General’s office.

Andy is the author of “The Art of Appellate Advocacy,” a column that has appeared in The Daily Record and other newspapers owned by the Dolan Media Company. Click here to read some of his articles. He has lectured and published articles on constitutional law, civil rights issues, and effective brief-writing, and has taught appellate advocacy as an Adjunct Professor at the University of Maryland and University of Baltimore law schools.

Andy has also received several U.S. Supreme Court Best Brief Awards from, and served as a Supreme Court Fellow with, the National Association of Attorneys General.

Andy has been recognized since 2009 by Best Lawyers in America as one of Maryland's top appellate lawyers and was named the 2014 and 2018 Baltimore Appellate Practice Lawyer of the Year. He also has been listed in every edition of Baltimore Magazine's Maryland Super Lawyers under appellate litigation and Benchmark: America's Leading Litigation Firms and Attorneys. Click through to read about Andy's recent cases or a complete list of Andy's cases.