The Healthy Holly scandal ensnared several prominent organizations in its web. Purchases of the books by the University of Maryland Medical System (UMMS), Kaiser Permanente, Associated Black Charities, and other entities exposed serious conflicts of interest. In the case of UMMS, the hospital network paid $500,000 for copies of the book while Pugh was a member of its board of directors and considered legislation affecting UMMS as a state senator. While UMMS technically had a conflict-of-interest policy, it failed to inoculate it from considerable exposure. A report of UMMS’s business deals with Pugh and other members of its board of directors revealed a litany of problems.  UMMS regularly entered into lucrative contracts with its board members without full board approval. Most of these contracts were single-source contracts and therefore did not result from a competitive bid. There was also little oversight of UMMS’s financial dealings with its board members and what oversight did exist was inherently compromised.

The fallout from these revelations of its self-dealing has been severe for UMMS. A string of the hospital network’s top executives and board members resigned. UMMS dropped its plan to increase its hospital rates resulting in its forfeiture of a nearly 5% increase in its revenues. And state legislators passed emergency legislation barring UMMS from entering no-bid contracts with its directors, mandating an audit of its contract practices, and requiring UMMS to adopt a new, more comprehensive conflict-of-interest policy.

As the UMMS-Healthy Holly scandal shows, given a certain confluence of events, no business is immune from great embarrassment and potential legal liability from failing to adequately guard against conflicts of interest. This is particularly true for organizations, like UMMS, that receive taxpayer dollars. Such organizations can avoid potential political and financial crisis by taking some commonsense steps on the front end. These steps include:

If done effectively, this process will accomplish two important goals that could have saved UMMS from scandal and the fallout that resulted from it. First, this review process removes members of the organization’s leadership from any procurement decision when those individuals stand to benefit personally. Second, when a conflict of interest arises, it shifts any liability from the organization to the individual triggering the conflict. Fortifying an organization’s conflict-of-interest policies is more than academic: It’s an investment that protects the organization – and its bottom line – from exposure to a more costly alternative outcome. 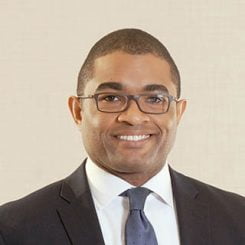