As participants in the Paycheck Protection Program (“PPP”) begin to organize information for their loan forgiveness applications, they are likely to be blindsided by a significant number of technical definitions and questions.  On top of that, many are starting to understand that significant amounts of these loans may not actually be forgiven – even if they had intended to achieve full forgiveness.  For instance, since the loan amounts were based upon two and half months of payroll costs and the forgiveness amount is based upon an eight-week covered period, it appears that a maximum of 75% of the loan can be forgiven due to payroll costs.  Even if full employment was maintained, many businesses with relatively low non-payroll costs will not have large portions of their loans forgiven.  While there has been some push back by legislators and further changes may come, a careful review of key terms may enable businesses to achieve maximum loan forgiveness.

As provided for in the CARES Act, the amount of the covered loan eligible for forgiveness is based on “costs incurred and payments made during the covered period.”  The “covered period” is defined is the “8-week period beginning on the date of the origination of the loan.”  The loan application provides that if a borrower receives funds on April 20, 2020 then its last day of the covered period would be June 14.  Since loan proceeds might be disbursed in the middle of a payroll period, this created significant potential administrative burdens for small businesses.  In that vein, the SBA allows for an “alternative payroll covered period” for payroll costs eligible for forgiveness.  At the election of the borrower, it can begin this alternative eight-week period on the first day of their first pay period following the disbursement of PPP loan proceeds.  This alternative period only applies for those with a biweekly (or more frequent) payroll schedule and does not apply to nonpayroll costs.

Pro Tips:  Businesses should determine whether they can benefit from electing to use the “alternative payroll covered period” as soon as possible.  This is not a one-size-fits-all and should not be based upon administrative convenience, but should be based upon maximizing loan forgiveness.  Depending on when payroll is paid to employees relative to the end of the payroll period and where the loan disbursement date falls with an existing payroll cycle will dictate whether the election is made.  If payroll is paid after the related payroll period has ended, businesses should be able to have up to 70 days of payroll forgiven due to the interpretation of the “incurred or paid” rule if the “alternative payroll covered period” is elected.  If payroll is paid before the end of the related payroll period, results will differ on a case-by-case basis.

Although “payroll costs” was perhaps the most well-defined defined term in the CARES Act, there were still a multitude of questions related to the term.  For example, while payroll included “salary, wage, commission, or other similar compensation,” “group health care benefits,” and “payment of any retirement benefit,” it was not clear how the terms applied to the self-employed and owner-employees, what the $100,000 pro rata limit applied to, and whether payroll costs could be increased to achieve greater forgiveness.  In the loan forgiveness application, the SBA confirms that payroll costs are considered paid on that date paychecks are distributed (or an ACH credit generated) and are considered incurred on the date the employee’s pay is earned.

Other questions have been addressed – not through the loan forgiveness application – but in a recent notice from the SBA.  In particular, the Interim Final Rule (Docket No SBA-2020-0032) states that payroll costs eligible for forgiveness will include hazard pay and bonuses, subject to the $100,000 pro rata limit to compensation (i.e., $15,385).  Furthermore, the Interim Final Rule provides that, while health insurance, retirement benefits, and the like are not subject to the $15,385 cap for employees generally, those that are self-employed or that are owner-employees are not allowed to claim these costs for forgiveness to the extent they would cause payroll to exceed the lesser of $15,385 or 8/52 of their prior year’s net earnings.

Pro Tips:  If businesses are not otherwise able to achieve maximum forgiveness, they may consider paying bonuses to employees.  Businesses may also consider frontloading projects into the covered period in order to have those costs effectively subsidized by the government.  In addition, businesses may consider paying certain payroll costs in advance.  Businesses may also consider funding health insurance costs and retirement benefits during the covered period rather than waiting for later in the year.  Business owners will likely have to consider a number of these alternatives to achieving maximum forgiveness as forgiveness related to their compensation is limited.

Pro Tips:  Businesses that were delinquent on mortgage interest payments and rent payments can claim these as eligible expenses so long as they are paid during the covered period.  Furthermore, while the Interim Final Rule specifically excludes the prepayment of interest on mortgage obligations from forgiveness, the guidance does not preclude the ability to claim prepayments of rent as an expense eligible for forgiveness.  Where other expenses are not available to achieve maximum forgiveness, businesses should consult with advisors as to whether they can achieve further forgiveness by prepaying rent.

In addition, the guidance does not provide significant guidance on whether certain costs, such as employee reimbursements for transportation, telephone, and/or internet, are considered payroll or nonpayroll costs.  Since eligible nonpayroll costs are limited by payroll costs, businesses should attempt to classify these costs as payroll costs wherever possible.  Furthermore, businesses should take an aggressive position on what counts for forgiveness as a nonpayroll costs, particularly as it relates to “utilities.”  The circumstances related to these expenses are varied and the guidance is vague; therefore, it is likely that staunch advocacy may result in additional expenses eligible for forgiveness.

These descriptions are intended for informational purposes only and should not be taken as legal advice on any particular set of facts or circumstances.  Rosenberg Martin Greenberg, LLP is experienced in all aspects of federal and state tax laws, legislative developments concerning the CARES Act, addressing prior compliance issues, white collar criminal litigation, and more.  For more information, please contact Brandon Mourges at 410.951.1149 or bmourges@rosenbergmartin.com. 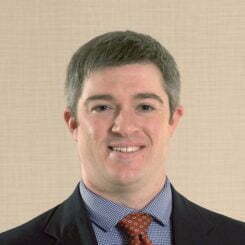