UPDATE: The City Council’s website indicates that the Mayor signed the Baltimore City COVID-19 Rent Increase Protection Act into law on May 18, 2020. Per its terms, the Act’s provisions are effective retroactively to March 5th. Attorneys from Rosenberg Martin Greenberg are available to assist residential property owners in navigating the requirements of the Act.

This new law is in addition to existing statewide prohibitions on evictions pursuant to Governor Hogan’s Executive Order and nationwide eviction and late fee restrictions under The CARES Act that apply to certain multifamily properties, including those with federally-backed mortgages.

The Act specifically states the following:

The Act, which may be enforced by issuance of a $1,000 citation, does not place limitations on new leases. Upon the Mayor’s signature, the Act’s language provides that it is effective retroactively from March 5, 2020.

The Act appears to have some internal inconsistencies, so it remains to be seen how it will be interpreted and enforced. For example, as drafted, the “scope” of the Act set forth in Section 8-4(b) “only applies to rental fee increases on existing tenants during an emergency,” so it is unclear if the Act’s other prohibition on late fees would fall under the “scope.” Additionally, the Act provides that rental fees may not be increased if “notice” is made during a State of Emergency “and within 90 days” after the the State of Emergency’s expiration; however, it is unclear if a rental fee increase that is already provided for in an existing lease for which notice is not required, would be covered by the Act.

Relatedly, the Act raises constitutional concerns. For example, property owners may have a colorable argument that the Act violates the Contracts Clause of the U.S. Constitution by effectively overwriting the terms of existing agreements between landlords and tenants. A state law that “operate[s] as a substantial impairment of a contractual relationship” and is not “drawn in an ‘appropriate’ and ‘reasonable’ way to advance ‘a significant and legitimate public purpose’” violates the Contracts Clause.  Sveen v. Melin, 138 S. Ct. 1815, 1821-22 (2018) (internal quotation marks omitted)). The Maryland Court of Appeals has also made clear that “the Constitution of Maryland prohibits legislation which retroactively abrogates vested rights.” State v. Goldberg, 437 Md. 191, 205 (2014) (citations omitted). Accordingly, an argument could be raised that the State of Emergency does not justify retroactively depriving property owners of their contractually expected rental payments.

Owners of residential rental property in Baltimore City who have recently—or who soon intend to—increase rental fees should carefully review the provisions of the Act as well as the provisions within their leases providing for default/late fees. Rosenberg Martin Greenberg attorneys are available to assist property owners in navigating the requirements of the Act. 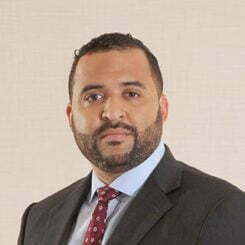