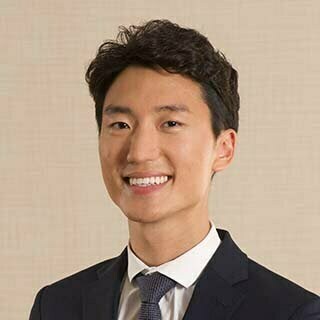 Memberships and Affiliations
Awards and Honors

Thérian (Jung Yong) Lee joined the firm as an associate in September 2021, where he works in the criminal defense and investigations group.  He uses his background in written and oral advocacy and experience defending clients against the government to ensure the firm’s clients’ rights are protected and their goals achieved.

Thérian earned his law degree in 2021 from the University of Maryland Carey School of Law, where he worked in the Low Income Taxpayer Clinic representing clients against the IRS, the Medical Legal Partnership Clinic representing clients in landlord-tenant issues and assisted clients in receiving disability benefits.  During his second year, he also worked in conjunction with the Immigration Clinic to help clients obtain asylum in the United States.  After his first year, he worked as a law clerk with the Asian Pacific American Legal Resource Center, where he assisted clients in various immigration and family law matters using his multi-lingual capabilities, including assisting a French client in filing for citizenship in the United States and representing a Korean client in filing for legal permanent residency under the Violence Against Women’s Act.  After his second year, he worked as a law clerk in a Bethesda law firm where he served clients in bankruptcy, government affairs, and commercial real estate.

He was also heavily involved in the Alternative Dispute Resolution team, where he served as an executive board member.  Thérian ranked atop the candidates who tried out for the team through the law school’s Intra-School Negotiations Competition, and in his third year of law school, he ranked first place in the preliminary rounds and won the Regional Championships at the ABA Mediation Competition.  After advancing to the National ABA Mediation Competition, he received second place.  He also served as an executive board member for the University of Maryland Journal of Health Care Law and Policy.  During his final year in law school, he also competed in National Health Law Moot Court Competition, where he was awarded Best Oralist.

Prior to law school, Thérian received his bachelor's degree from Georgetown University and his master's at Harvard University.  In his free time, Thérian enjoys caring for his beloved Corgis, writing and composing music, and baking for friends and family.