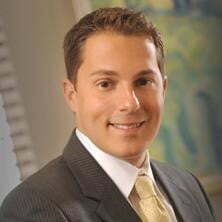 He joined the firm in January 2010, practicing law while simultaneously pursuing his Master of Laws in Taxation (LL.M.). Rounding out his business tax practice as well as his experience in accounting and finance, Giovanni obtained a Master of Business Administration (M.B.A.) in 2011. After practicing law with the firm for over a year and a half, he accepted a two-year position in Washington, DC as an attorney-adviser with the United States Tax Court. Giovanni returned to the firm in 2013 and applies his broad experiences to guide individuals and businesses through a wide-range of complex tax issues.

Giovanni earned his Juris Doctor from the University of Baltimore School of Law where he served on the editorial board of the University of Baltimore Law Review, the National Civil Rights Moot Court Team, and as a Litigation Fellow with the Snyder Center for Litigation Skills. He earned his Master of Laws in Taxation from the Georgetown University Law Center in Washington, D.C. where he served as a Case Note Mentor for The Tax Lawyer, a nationally recognized legal journal published by the American Bar Association. He frequently dedicates his spare time to community and charitable events in the Baltimore / Washington metropolitan area.

*Past results do not guarantee future outcomes as every individual case stands on its own facts and circumstances.