I write to you today to recognize and pay respect to an important moment in American history. Friday, June 19th, or “Juneteenth,” represents the 155th anniversary of the occasion most commonly celebrated to commemorate the abolition of slavery – on that date in 1865, Union Army soldiers landed at Galveston, Texas, with the news that enslaved people were free more than two years after the Emancipation Proclamation was enacted. Many states are petitioning to make this important moment in history a national holiday, with the hope that it will be enacted before next year’s Juneteenth. I truly hope that this day will provide all of us with an opportunity to thoughtfully and purposefully reflect on issues of racial injustice in our society, especially given current events.

As attorneys, our professional training positions us particularly to observe that the murders of George Floyd, Ahmaud Arbery, and Breonna Taylor, are not—for black Americans in particular—aberrations in an otherwise equitable system of justice. They are consistent with a history of policing that has been fraught with systemic racism since well before the time that slavery was abolished in our country.

As a law firm, we have an appreciation of the contradiction embedded within the Constitution that has at its core the ideals of liberty, justice, and equal citizenship, while at the same time allowing the enslavement of human beings to persist.  We know that even following the abolition of slavery and the first Juneteenth, while the nation made strides in extending the rights and privileges of citizenship to black Americans, their right to receive equal justice under the law remained out of reach as a result of Jim Crow which was both codified in law and enforced by our government.

So, when the apparent vigilantes who shot 25-year-old Ahmaud Arbery while jogging through his neighborhood remained uncharged for months, it resonates with people having memories of justice being denied to 17-year-old Trayvon Martin, who was killed by an aggressive neighborhood watchman and after 14-year-old Emmett Till was lynched for allegedly whistling at a woman.  And when George Floyd was killed by a police officer kneeling on his neck, all Americans, and, in particular, black Americans, are reminded of similar episodes of police violence over the years, like the choking of Eric Garner, that have gone unpunished.

While it’s tempting to reduce recent high-profile killings as actions of a few bad apples, our firm has resolved that these events should be viewed as the latest examples of how our nation has historically fallen short of the ideals enshrined in the Constitution – a Constitution that promised its people liberty and justice and equality.

As a Baltimore-based law firm, we are uniquely positioned to recognize that the local business and legal community has fallen short in doing its part to promote these ideals. Baltimore holds the dubious historical distinction of passing the nation’s first racially restrictive zoning ordinance, in 1911. Although later struck down by the Supreme Court, the racially segregated residential patterns in the City had already become enshrined such that when the Federal Home Owner’s Loan Corporation (HOLC) drew up maps for where banks could and could not offer loans, HOLC simply zoned black neighborhoods into the could not column—the practice that we now know as redlining.

A 2019 report from the Urban Institute about racial segregation and investment patterns in Baltimore detailed that despite redlining being outlawed, its legacy continues with persistent disparities in private lending and investment in the City.  Some examples include:

On this Juneteenth, our firm pauses to reflect on the occasion of the abolition of the treatment of human beings as chattel in our country.  We reflect on ways that we can contribute to making the ideal of liberty, justice and equality a reality for all members of our society. We reflect on our commitment to social justice and economic equality for black Americans. We very much look forward to sharing with you, at the appropriate time, Rosenberg Martin Greenberg’s concrete and actionable steps to create meaningful change and move forward together. 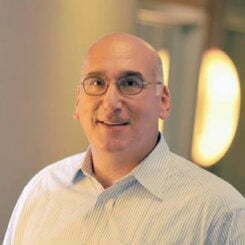