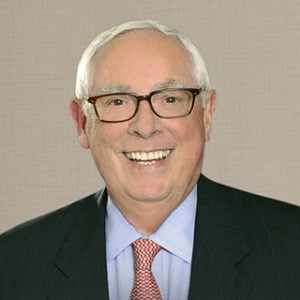 Benjamin Rosenberg, the founder and Chairman of Rosenberg Martin Greenberg, is recognized as one of the preeminent litigators in Maryland. He handles major cases in state and federal trial courts and has argued many significant appeals. Ben is a fellow of The American College of Trial Lawyers and the Maryland Bar Foundation. He was named one of Maryland’s top litigators in Chambers USA: America’s Leading Lawyers for Business and is one of Maryland’s top commercial litigators in Best Lawyers in America. He was also recognized as one of the top ten lawyers in Maryland in the 2007, 2010, 2011, 2015, 2016, 2017, 2018 and 2019 editions of Maryland Super Lawyers, and was the top ranked lawyer in the state of Maryland in the 2017 and 2018 edition of Maryland Super Lawyers.

Ben served on the Appellate Judicial Nominating Commission of Maryland from 1995 through 2014 and has previously served on the Judicial Compensation Commission of Maryland and the Review Board of the Attorney Grievance Commission. He is a past member of the Board of Governors of the Maryland State Bar Association and was formerly Co-Chair of the Maryland Legal Aid Bureau’s Equal Justice Council. Ben represents clients in appeals and business, antitrust and contract disputes and is also an accomplished mediator and arbitrator. He is a member of ADR Maryland, an elite panel of Maryland attorneys who serve as alternative dispute resolution neutrals.